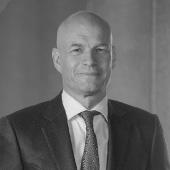 Luc Popelier is Chairman of KBC Bank Ireland. He has 30 years of experience in the financial sector. Between 1988 and 1995 he held various commercial positions within the corporate banking division of Kredietbank. Between 1995 and 1999 he worked at SBC Warburg (now UBS), primarily in the Corporate Finance division.
Luc rejoined the KBC Group in 1999 and assumed responsibility for the M&A advisory team at KBC Securities. In 2002 he became general manager of the Strategy and M&A department of the KBC Group. In 2008 he was appointed as general manager of the Trade Finance division and in 2009 he joined the Executive Committee of KBC Asset Management.

That same year, Luc Popelier was appointed to the Executive Committee of the KBC Group where he took responsibility for the market activities of the Merchant Banking unit and for the wind down of all of the legacy market and investment activities. In 2011 he was appointed as the Group Chief Financial Officer and in 2017 moved to his current position as the CEO of the International Markets Business Unit and the international product factories such as Markets, Asset Management, Specialised Finance and KBC Securities. Luc Popelier was appointed Chairman of KBC Bank Ireland in 2017. 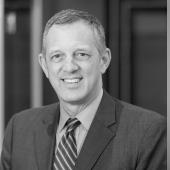 Wim Verbraeken is Chief Executive of KBC Bank Ireland. He graduated with a degree in civil engineering and started his career in 1984 as a Career Officer in the Belgian Army as a troop commander of Combat Engineers and subsequently was team leader Chief Engineer on military infrastructure projects. He joined KBC in 1992 as Fund Manager for real estate investments.

During his 26 years working with KBC, Wim has held a number of international assignments and senior management roles including in the Dublin-based project finance unit, Head of Project Finance, the Americas, based in New York, and General Manager, KBC Bank Hong Kong Branch, and more recently Senior Managing Director with management board responsibility for Credit and ALM in Absolut Bank,Moscow.

He joined KBC Bank Ireland in July 2013 when he was appointed Chief Financial Officer and Chief Operating Officer. At this time he also joined the Executive Committee and Board of Directors of KBC Bank Ireland. Wim is a graduate of the Royal Military Academy of Belgium (Polytechnics Division)(1983) and holds an MBA specialising in Finance and International Management from Katholieke Universiteit Leuven (1992). 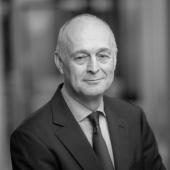 After several years as branch manager of different retail and corporate branches, he became Executive Director of CSOB Bank (Czech Republic), responsible for business architecture and programme management in 1999.

In 2001 he was promoted to Deputy President Kredyt Bank Poland, responsible for credit risk management and consumer finance. Between 2003 and 2008 he was General Manager of KBC France. In 2008 he joined CIBANK (Bulgaria) as CFRO, responsible for Finance, Risk, Credits and Administration departments.

From 2011 until 2017 he was CFO for KBC Group in Bulgaria and Executive Director Corporate and SME Bank. From July 2017 he has been Executive Director United Bulgarian Bank (UBB), responsible for SME and Corporate Banking, member of the country management team and chairman of the boards of UBB Interlease and UBB Insurance Broker. Frank was appointed Executive Director and Chief Financial Officer in KBC Bank Ireland on 1st January 2019. 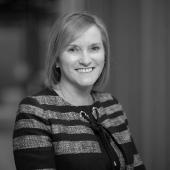 Since joining Dara has led the launch and implementation of a new Retail Bank, broadening the range of products and services available, and offering a new banking alternative for Irish consumers. In February 2015 Dara also assumed executive responsibility for the Arrears Support Unit in KBC Bank Ireland.

Prior to joining KBC Bank Ireland, Dara worked in leadership positions in the retail financial services industry for a number of years. She holds an MBA from Smurfit Business School and a Bachelor of Science Management from Trinity College Dublin. 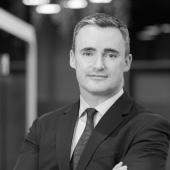 Barry D’Arcy is Chief Risk Officer of KBC Bank Ireland and is a member of the Bank’s Executive Committee and Board of Directors. Barry joined the Bank in 2011 and has undertaken a number of roles in KBC Bank Ireland including Head of the Finance function of the Bank prior to his current appointment.

Barry has more than 21 years’ experience across financial services and industry. Barry is responsible for the risk, compliance and regulatory activity of KBC Bank Ireland. Barry holds a Bachelor of Business Studies from the University of Limerick and is a member of the Chartered Institute of Management Accountants. 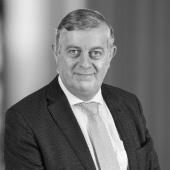 He is a former Professor Auditing in the master program of VLEKHO Business School (Association of Catholic University of Leuven) and he is a Registered Accountant and Tax Consultant of the Belgian Professional Institute of Accountants and Tax Consultants.Mr. Wittemans started his professional career in 1979 as an Internal Auditor of the Group Boerenbond in Belgium and performed audit and consulting assignments within the different companies of the Group, mainly in the insurance, industrial and service industry.

In 1995 he became general manager of the holding company (M.R.B.B.) of the Group Boerenbond and in 2008 he was appointed as CEO. M.R.B.B. is one of the core shareholders of KBC Group. In this position he coordinated or was actively involved in several M&A projects for the Group Boerenbond and he is responsible for the management of a portfolio of investments. Mr. Wittemans holds non-executive directorships in several entities of KBC Group and in a number of subsidiaries of M.R.B.B. He is Chairman of the Audit Committee and member of the Risk and Compliance Committee of KBC Group. 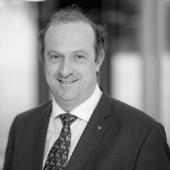 Philippe Debaillie was appointed Non-Executive Director of KBC Bank Ireland in October 2018. He holds a Master of science: Bio-engineer Chemistry and  MBA general management (PUB)from the University of Ghent.

Philippe started as nutritionist in the family owned feed mill and after acquiring expertise and experience in different departments of the group, he is now managing director of the group Debaillie and director in Belgian Pork Group, the largest Belgian pig processor. 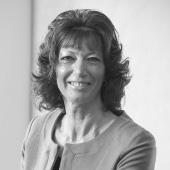 Christine Van Rijsseghem graduated in 1985 from the Faculty of Law at the University of Ghent (Belgium).Subsequently she completed an MBA in Financial Sciences at Vlerick Management School in Ghent (Belgium).

She started her career at KBC (formerly Kredietbank) in 1987 at the Central Foreign Entities Department. Initially she was responsible for risk management and controlling and international acquisition strategy, and later on became head of that department. In 1994 she was appointed Head of the Credit Department of KBC Bank Ireland (formerly Irish Intercontinental Bank).

She was appointed to the Board of KBC Bank Ireland in 2014 and is Chair of the Risk and Compliance Committee. 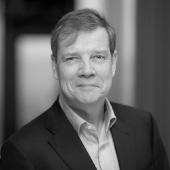 Willem Hueting obtained certificates of Organization & Marketing at the Open University of Zwolle in The Netherlands. He is a licensed Insurance Broker SER A and B. Between 1983 and 1988, he worked as underwriter at AMEV – ARDANTA (currently ASR Nederland).

From 1988 to 1990, he worked as sales manager at Concordia Life and Pension (currently VIVAT). Between 1990and 1998, he held various positions (sales manager, product manager investment funds/private banking and project manager) at ABN AMRO Netherlands. In 1999, Mr Hueting joined ABN AMRO Hungary as Executive Director Marketing and Product Management. In that capacity, he served as the Supervisory Board member at Mebit – insurance company of the ABN AMRO Hungary Group.

From 2001 to 2006, he was a member of the Executive Board and Deputy CEO at Raiffeisen International Bank Czech Republic. At the same time, he was member of the Supervisory Board of its subsidiary Raiffeisen Building Saving Company. Between 2007 and 2009, he was CEO of KBC Consumer Finance IFN SA. Between 2009 and 2012, he was CEO of CSOB (KBC) Insurance Slovakia and Deputy of Country Manager CSOB (KBC) Financial Group in the Slovak Republic. In 2013, he became CEO of Consumer Finance International KBC Group. Currently Mr.Hueting is acting in KBC Group as the Senior General Manager of Business Unit International Markets: 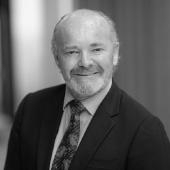 Mr. Power held a number of senior roles in Sales, Project Management, Marketing and Investments, was appointed Director in 1988 and subsequently Deputy Managing Director. Mr. Power resigned in 2009 in order to focus on his other business interests and to develop Global Schoolroom, an international teacher training NGO of which he is now Chairman.

He is a director of Image Publications Ltd., one of Ireland’s leading digital content agencies and of Affinity First Ltd. He is also Managing Director of Emeritus Consulting Ltd. which provides financial consultancy services. Mr. Power is a Legal Science graduate of Trinity College (1980), holds a Masters Degree in Economics from the London School of Economics (1981) and is a Certified Bank Director. Mr.Power is a member of the Risk and Compliance Committee and the Audit Committee. 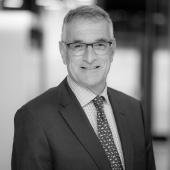 David Browne has over 35 years’ experience in debt capital markets, treasury and investor relations. Prior to joining KBC Bank Ireland as Non-Executive Director in December 2018, he was on the board of CYBG PLC – owner of Clydesdale and Yorkshire Banks where he was a member of the Board’s Audit,Risk and Remuneration Committees between 2012 and 2018.

He was previously Head of Group Funding and External Relations at Man Group PLC and spent a significant part of his career at JP Morgan where he held the positions of Assistant Vice President, Vice President and Managing Director. He started his career with IDA Ireland. David is a founding partner of Pinnacle Partners Limited, a treasury consulting firm. 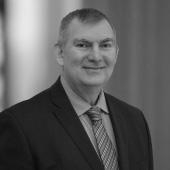 Kevin Cardiff became a Non-Executive Director of KBC Bank Ireland in September 2018. He has previously been a senior government official and Secretary General of the Irish Department of Finance, where he was centrally involved in measures to support the banking system and to protect the economy during the worst periods of the financial crisis.

He subsequently served a six year term of office as a member of the European Court of Auditors, on the nomination of the Irish Government. He was responsible for a range of audit products, including in relation to the ECB and the Single Resolution Board, and also had various internal management and governance responsibilities.

Mr. Cardiff has been a member of the governing board of the Central Bank of Ireland (“the Commission”), a director and alternate director on the European Investment Bank’s board of directors and a member of the advisory board of the National Treasury Management Agency, Ireland’s national debt management agency, as well as of other high level steeringgroups and similar bodies.

He continues to serve as chairperson of the Board of Auditors of the European Stability Mechanism, and as a board member of the think tank TASC. He also has some other pro-bono roles. Mr. Cardiff was educated at the University of Washington, in Seattle (BA), and at University College Dublin (Master of Business Studies), and is an occasional speaker on economic, management, financial and budgetary matters. He is the author of an account of the financial crisis as it affected Ireland, entitled ‘Recap: Inside Ireland’s Financial Crisis’ (published in 2016). 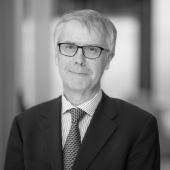 Damian O’Neill was appointed the Company Secretary of KBC Bank Ireland in January 2010. He joined the Bank in 1990 as a qualified accountant and has held a number of senior positions in Finance, Risk Management and Compliance. He previously worked in PwC and in Australia.