Budget deficit of around 1.3% now likely in 2015 with debt/GDP ratio set to drop close to 90% next year, increasing political pressure for more 'largesse' next month.

GDP data for the second quarter suggest the Irish economy is now travelling with exceptional forward momentum. While the detailed data continue to reflect an array of statistical considerations that cloud their relevance for many Irish businesses and households, the broad picture of an economy that is building up speed as recovery strengthens and spreads is fairly clear.

Irish GDP was 1.9% higher than the previous three month period and 6.7% higher than a year earlier. With employment numbers, tax revenues and sentiment readings all pointing to sustained strong growth, today’s data have prompted us to revise up our full year GDP forecast for 2015 to 6%  as table 1 at the end of this note indicates.  We see a slightly tougher external backdrop in 2016 being significantly offset by the strengthening trajectory in domestic spending, our forecast of 4.2% growth in GDP for 2016 remains unchanged.

Encouragingly, the improvement in GDP in the second quarter was broadly based: 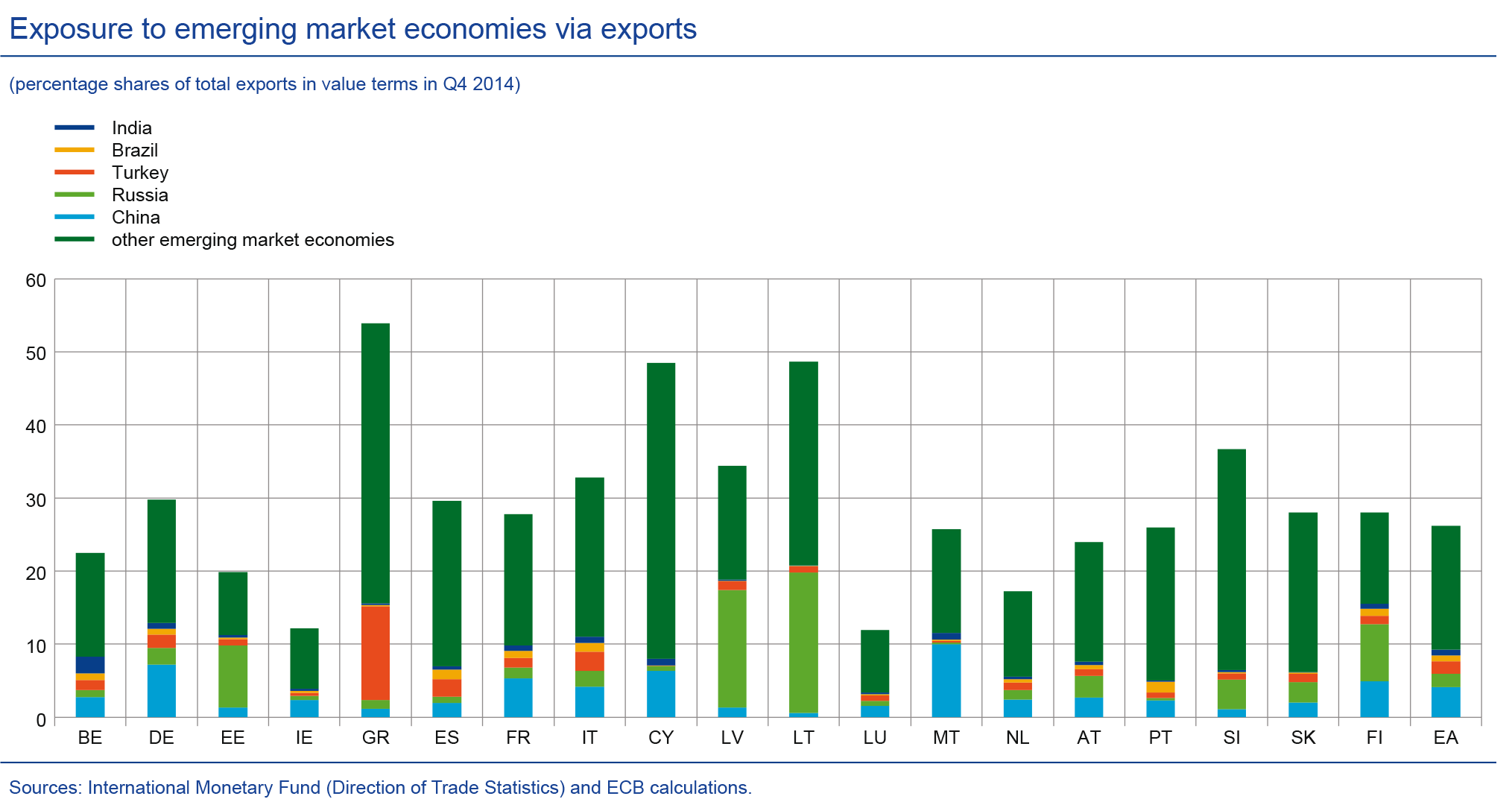 Alongside a strong trend in ‘real’ growth, there has been a marked pick-up in the money value of Irish economic activity of late. We now expect the GDP deflator--the measure of economy wide price trends--to rise by about 5% in 2015 largely as a result of a sharp acceleration in the prices of Irish exports. This, in turn, likely owes much to the weakening in the exchange rate of the Euro. Diagram 2 (which compares the annual change in Irish export prices to the inverted trade weighted index of the Euro) suggests a fairly strong relationship between currency movements and trends in Irish export prices in recent years.  With consumer price data released separately today showing the persistence of subdued inflation, the pick-up in export prices should be seen as a reflection of pricing practices of large exporters rather than a harbinger of competitiveness problems. 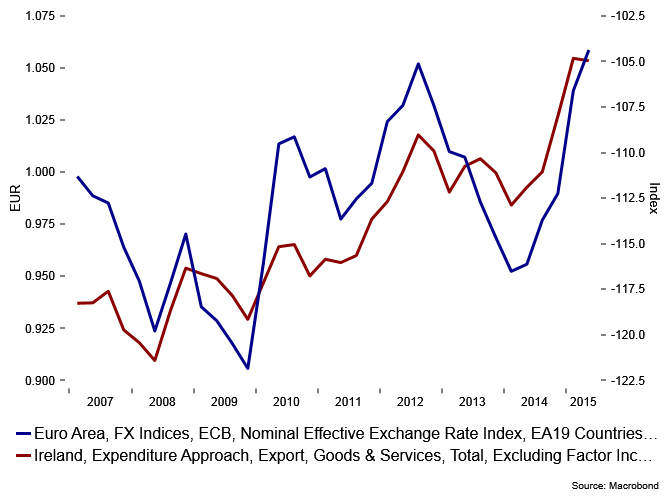 The strength of Irish economic growth and the rapid rise in the GDP deflator mean that Government borrowing as a share of GDP is now likely to fall sharply. We now expect a deficit of just 1.3% of GDP in 2015 and about 0.7% of GDP in 2016. This also implies the Debt/GDP ratio slips to around 98% of GDP at the end of 2015 and close to 90% next year (allowing for the planned sale of a 25% stake in AIB) which should be clearly below the Euro area average and forcefully signal the transformation in the Irish public finances.

The dramatic improvement in prospect in the fiscal position is likely to intensify political pressure for a little more largesse in the upcoming budget while the evolution of the GDP data makes a nonsense of measures of potential growth and the  ‘structural government balance’ now being used as a basis for assessing the scale of adjustment now required. In such circumstances, the prospect of a stimulus package slightly above the €1.2-€1.5 billion previously mentioned can’t be ruled out particularly as the pace of growth in consumer spending is still comparatively modest. 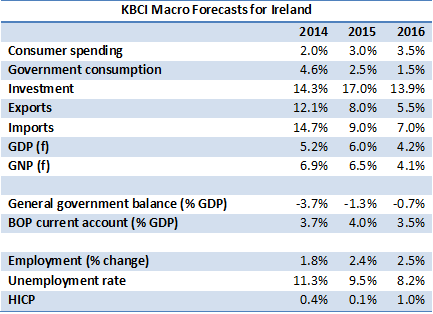