Consumer Sentiment weakened in Dublin while it improved marginally in the rest of Ireland in the 3rd quarter of 2015.

At current levels of theses indices, consumer sentiment should be seen as still reasonably positive both in Dublin and in the rest of Ireland and the underlying trend remains unevenly upward.

However, the 3rd quarter reading suggests a measure of caution among consumers-particularly in Dublin, as to how far and how fast a strong Irish economy should be translating into an improvement in their personal circumstances.

The divergence in sentiment readings between consumers in the capital and elsewhere may reflect differences in the nature, pace and stage of recovery. There may be some negative spill-over effects from a relatively rapid but uneven upswing in Dublin.

Dublin consumers grew more concerned about jobs and more cautious in their spending plans than their counterparts elsewhere in the past three months. 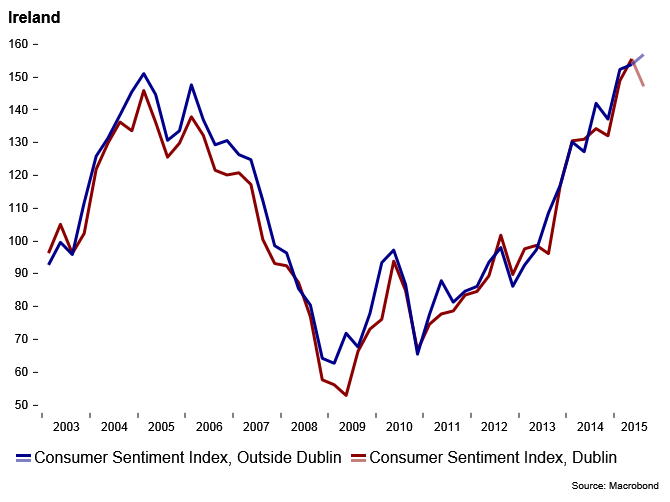 What Does The Recovery Mean For The Average Irish Consumer? 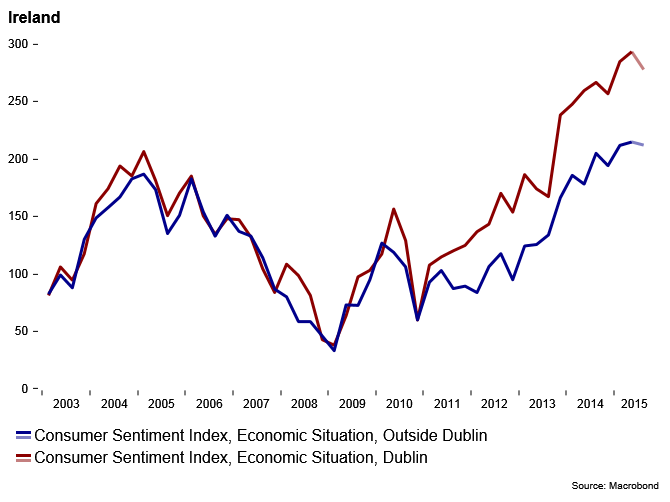 Job Sentiment Still Positive But Not Quite As Strong 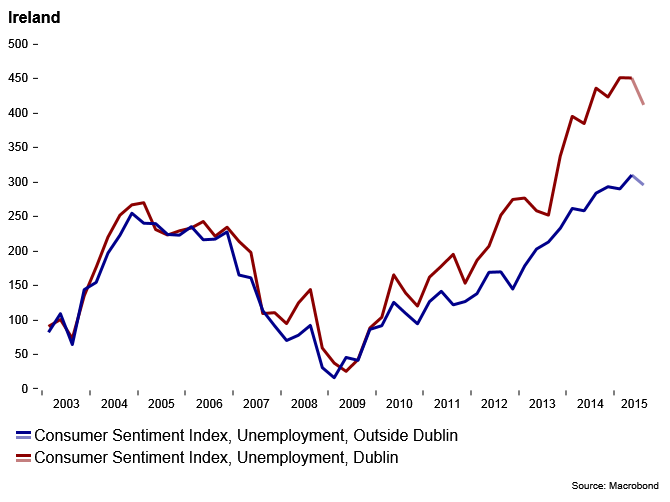 Spending Plans Pulled Back In Dublin But Picking Up Elsewhere 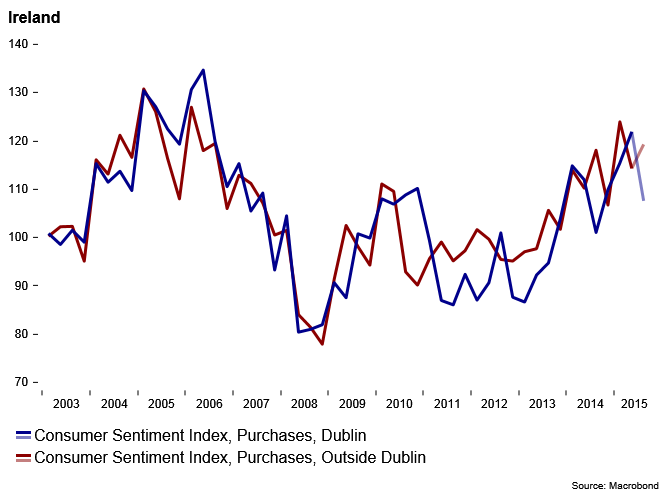